Jose Antonio Vargas, a noted activist for both LGBT rights and the rights of undocumented people, has been detained by Border Patrol in McAllen, Texas after attempting to board a plane to Los Angeles.

Immigration Equality said in a press release that Vargas, an out gay undocumented immigrant, is in danger of being deported and is currently being held at a detention center that is not safe for LGBT immigrants.

He originally traveled to the border in support of United We Dream and the Minority Affairs Council, who have been working to aid refugee children who have fled countries in Central America due to increased levels of violence.

President Barack Obama fist bumped an employee at an Austin barbecue restaurant, after he loudly protested for gay rights.

WASHINGTON — Texas Republican Sens. John Cornyn and Ted Cruz are finally moving forward with filling judicial vacancies in their state, and one of their picks is an openly gay U.S. attorney.

President Barack Obama announced three Texas judicial nominees on Thursday, including Robert Pitman to the U.S. District Court for the Western District of Texas. Pitman made history in 2011 when he became the first openly gay U.S. attorney in Texas. If confirmed by the Senate, Pitman will make history again as the first openly gay federal judge in the state.

Cornyn and then-Sen. Kay Bailey Hutchison (R-Texas) recommended Pitman for his current U.S. attorney post, despite opposition from social conservatives. This time around, Cornyn and Cruz, who aren’t exactly stalwarts on lesbian, gay, bisexual and transgender rights, are backing him for the federal bench.

“Sen. Cornyn sent these nominees to the White House and spoke to each one yesterday. He looks forward to their confirmation hearings,” said Cornyn spokeswoman Megan Mitchell.

A request for comment from Cruz’s office was not returned.

It’s notable that the Texas senators are moving forward with three nominees, but that makes only a small dent in the state’s judicial vacancy crisis. Texas still has eight vacant court seats — the most of any state — that have no nominees in the queue. On top of that, three more federal judges have announced plans to retire or take senior status.

White House spokesman Eric Schultz said the three nominations are “an important step” in filling out Texas’ courts and said to expect another batch of diverse nominees in the fall.

“We share the Democratic congressional delegation’s commitment to ensuring that the judiciary resembles the nation it serves,” Schultz said. “We also appreciate the support of Sens. Cornyn and Cruz as we work cooperatively to fill these important vacancies.”

A Texas ‘ex-gay’ activist has claimed he knows “at least 500″ people who have had their sexuality changed.

Jeremy Schwab, who was responsible for introducing a plank to the Republican state platform which ‘recognizes the legitimacy and value’ of the therapy, made the claim to WFAA.

“For many of us, at least 500 people that I know that experience same-sex attraction, the gay lifestyle is just not an option for us, because of our own faith and our own values.”

Schwab last week claimed that he replaced his own same-sex attraction with food.

Earlier this week, the chair of the Texas Republican party has claimed that delegates were 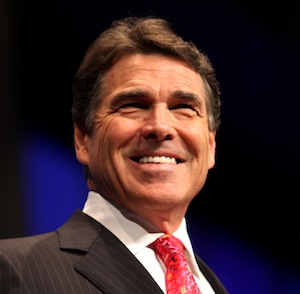 The Governor of Texas Rick Perry, has admitted that he “stepped right in it”, when he compared homosexuals to alcoholics, saying he should have talked about employment instead.

Perry arose controversy last week, when he made the comparison at an event in San Fransicso.

The Governor of Texas has stood by comments he made comparing homosexuality to alcoholism, saying the comments “stand on their own.”

Perry arose controversy last week, when he made the comparison at an event in San Fransicso.

Dallas county commissioners, most of whom admit not reading the resolution, unanimously vote in support of slavery reparations