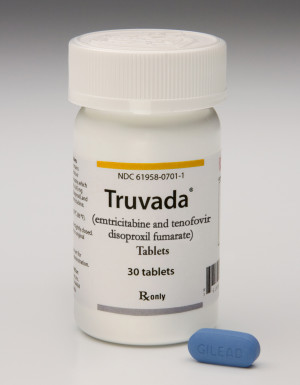 The use of HIV drug Truvada as pre-exposure prophylaxis (PrEP), to prevent HIV infection, could also lower the infection rates of genital herpes.

Despite claims by opponents that introducing PrEP as a preventative measure against new HIV infections could increase STI infection rates, a study of 131 hetrosexual couples in serodiscordent relationships, meaning one partner is HIV positive, and the other is HIV negative, found a 30% reduction in herpes infection rates whilst taking the medication.

The couples, in Uganda and Kenya, were almost a third less likely to become infected with the HSV-2 strain of herpes.

The use of Truvada as PrEP, has seen support from organisations such as the Centers for Disease Control in the US, which issued recommendations that PrEP could play an important role in the prevention of HIV transmission.

In opposition to the introduction of civil partnerships for straight couples, Christian groups claimed that it would “discourage” opposite sex couples from marrying.

Following a public consultation, the British Government yesterday announced that it would leave in place civil partnerships for gay couples, but would not extend them to straight couples.

76% of respondents to the consultation were opposed to extending civil partnerships to opposite-sex couples, including Christian Concern and Christian Legal Centre.

The two groups responded to the consultation to claim that straight couples would be discouraged from marrying, and that it would lead to instability in families.

“The introduction of heterosexual civil partnerships will inevitably discourage some opposite sex couples from marrying, and result in greater instability within families, by offering a parallel institution that provides all the legal rights and privileges of marriage without the need for lifelong commitment.”

A straight couple from London in March  announced their engagement, but said that they would get civilly partnered rather than married, in order to push for full marriage equality.

He criticised then Culture Secretary and Minister for Equalities, Maria Miller, for ruling out the measure during the same-sex marriage debate.

(RNS) Despite numerous controversies over dismissing gay Catholics from church posts and the U.S. hierarchy’s campaign against same-sex marriage, Catholic leaders have carefully, if quietly, avoided doing anything to block gay couples from having their children baptized.

But a move by a bishop in Wisconsin to route all such decisions through his office is raising questions about whether that neutral zone will now become another battleground, and whether the growing acceptance of gay parents will inevitably draw more attention to this practice and force church leaders to establish clearer rules.

The default position for most bishops

Mark Ellison, the QC who is now investigating whether campaigners should have their convictions overturned Photograph: /Parliament TV

Another strand of the police’s long-running undercover infiltration of political groups appears to be slowly unravelling.

Yesterday, Theresa May, the home secretary, unveiled the scope of an independent review. (See here for the announcement, with coverage here in the Guardian and here by the BBC).

It will examine whether more campaigners have been unjustly convicted because crucial evidence gathered by undercover police may have been concealed from their trials.

Potentially this could lead to a significant number of convictions being overturned.

In South Wales, 55 cases have been recorded so far this year 0 reader comments

An increase in cases of syphilis across Wales could be linked to the use of dating websites and mobile phone apps for sex, Public Health Wales (PHW) warns.

PHW said 39 cases of the sexually transmitted infection had been reported in North Wales since the middle of 2013, compared with a usual average of around seven per year.

In South Wales, 55 cases have been recorded so far this year.

ITV News reports a Public Health Wales spokesperson said: “There is evidence that the infection is spreading particularly quickly in people who use dating websites and apps to meet other people for casual sex.”

Health experts warn a rise in STI cases among gay and bisexual men could be linked to the use of apps such as Grindr.

Figures released last week for England showed a significant rise in cases of gonorrhoea among gay and bisexual men.

The number of diagnoses of STIs reported in gay men has risen sharply in recent years, some of it is due to increased testing, but Public Health England also noted

Equality News
Create a free website or blog at WordPress.com.